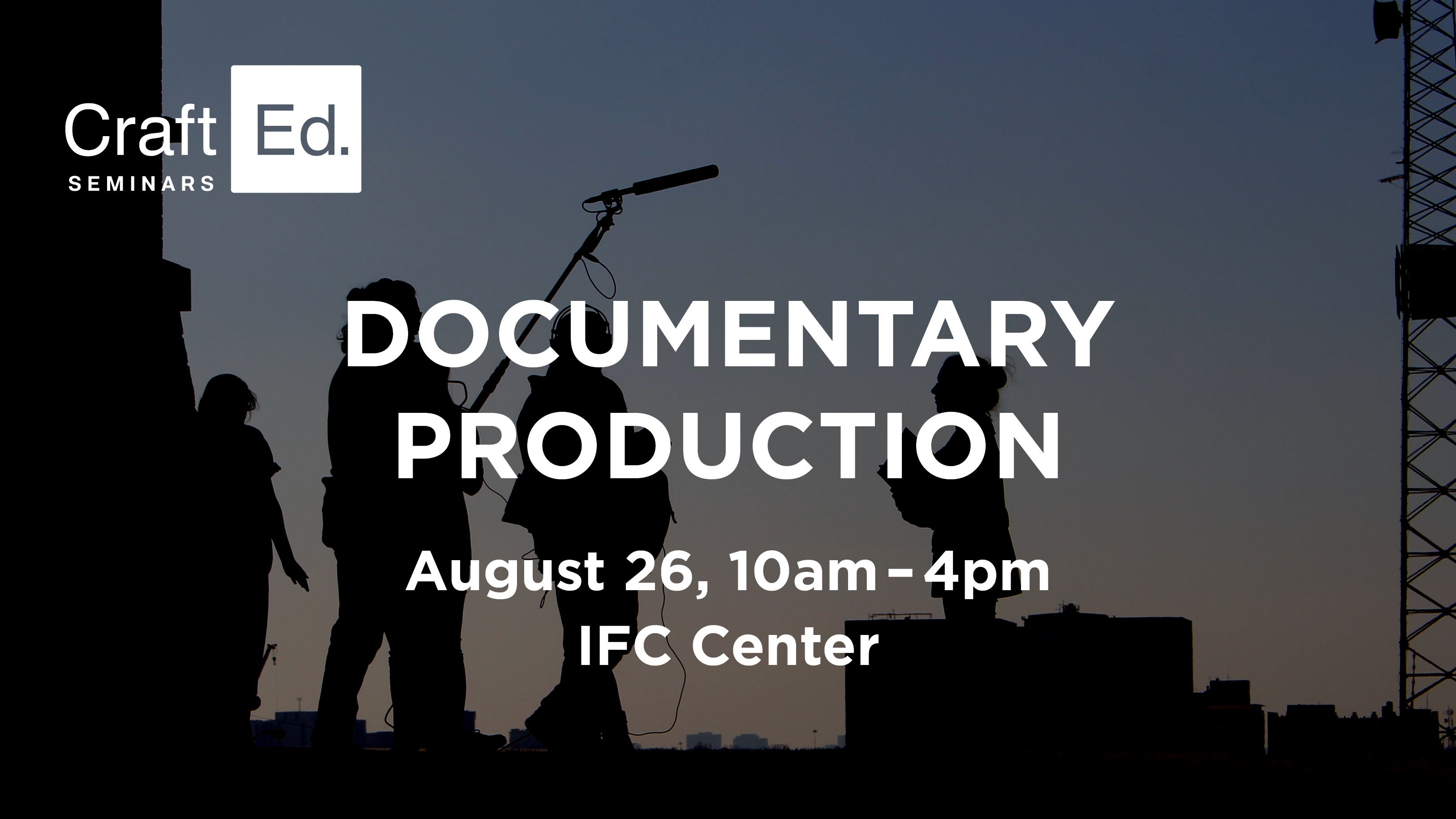 Hear from experts on what gear you should be using, how you should be managing your production, and how to shoot your movie ethically and legally. Among the day’s participants are Rudy Valdez (The Sentence), Beth Levison (Producer, Made in Boise), Deia Schlosberg (The Story of Plastic).

10:00am – 11:00am What’s in My Kit?
Rudy Valdez (The Sentence) and Jenni Morello (One of Us) discuss different equipment you might need for different types of shoots/films.

11:15am – 12:15pm Producing On Set
Learn about workflow on set, releases, media managing, how to secure locations, etc. from Beth Levison (Producer, Made in Boise) and Caitlin Mae Burke (Obit). Moderated by Julie Anderson (God Is The Bigger Elvis).

2:45pm – 3:45pm Legal Issues On Set
Melissa Georges (Frankfurt Kurnit Klein & Selz PC) and Daniel Benge (Fox Rothschild LLP) give an overview of specific questions you might come across on set and best practices to avoid legal issues down the road: What can you promise to participants?  How do you gain access to locations? Can you use hidden microphones and can you tape phone calls? When do you need releases (and why)? 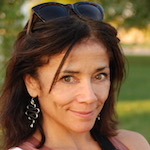 Julie is the producer of Academy Award nominated HBO documentary God Is The Bigger Elvis. She developed and was senior producer for ESPN’s Emmy award winning magazine shows OUTSIDE THE LINES and E:60. Currently she is producing a 5 hour series for ESPN’s 30 for 30 franchise. 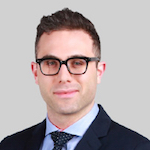 DANIEL BENGE advises clients in the live performance, motion picture, advertising and digital media industries. He has experience counseling writers, producers, agents and corporate clients on a broad range of media projects, including acquisition and entertainment financing, production and distribution.

Prior to joining Fox Rothschild, Daniel was an associate in the New York office of a media and entertainment law firm. He also previously worked in-house at Scripps Networks Interactive, where he oversaw branded content campaigns for the Food Network and HGTV.   While attending school in Australia, Daniel co-created “Twisted Broadway,” an annual fundraiser that is now Australia’s largest theatrical charity event. 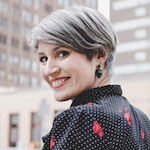 CAITLIN MAE BURKE is an Emmy-winning producer. An inaugural inductee to DOC NYC’s “40 Under 40” and alumna of Berlinale Talents, the award-winning films Caitlin produced, which include Nuts!, Obit., Approaching the Elephant and We Could Be King, have screened at Sundance, Berlinale, Tribeca, True/False, BAMcinemafest, MoMA, The Museum of the Moving Image, and in movie theaters internationally. Caitlin is the program manager for IF/Then Shorts at Tribeca Film Institute, a documentary fund and mentorship program. 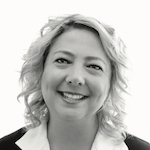 MELISSA GEORGES is Chair of the Content Review & Clearance Group at Frankfurt Kurnit Klein & Selz.  For more than 20 years, she has helped film and television producers, directors, actors, writers, animators and comedians resolve complex legal issues to get their projects cleared and distributed.

Ms. Georges assesses all forms of content for legal risk including films, documentaries, television shows, true crime series, podcasts, scripts, screenplays, live performances and animated programs, and suggests revisions with an eye toward reducing or eliminating risk.  She also drafts and negotiates production, licensing and non-disclosure agreements, and all forms of releases. 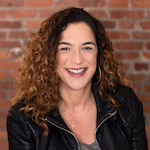 KRISTI JACOBSON is an Emmy Award-winning filmmaker whose films capture nuanced and intimate portrayals of individuals and communities. She is known for the film SOLITARY (2016), which won an Emmy Award for Outstanding Investigative Documentary, A Place at the Table (2012), and TOOTS (2006). Jacobson was nominated for a 2019 Webby Award for #ElectionEffect: Hebh, a short documentary about a New York-based young Muslim American activist. She is a member of the Academy of Motion Pictures and Sciences (AMPAS), the Director’s Guild of America, New York Women in Film and Television, and a two-time Sundance Creative Producing Fellow. Jacobson is also a grant awardee from Tribeca Film Institute, Sundance Institute, Chicken &amp; Egg Pictures, and many others. Her television credits have earned Emmy nominations and Cine Golden Eagle Awards. Jacobson is represented for commercials and branded content by NY-based production agency C41 Media. 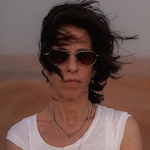 BETH LEVISON is an Emmy and Peabody-winning producer/director based in NYC with a track record of delivering films to public television.  Her most recent producing effort, Made in Boise, premiered at the 2019 AFI DOCS film festival and will open the Independent Lens’ 2019/2020 season.  Prior to that, Levison produced the Emmy-nominated film Personal Statement (PBS 2018), a feature-length documentary about three high school seniors who fill the college guidance gap in their under-resourced schools.  Levison’s additional independent producing credits include 32 Pills:  My Sister’s Suicide (Director Hope Litoff, HBO 2017), The Trials of Spring (Director Gini Reticker, PBS 2019), and her documentary directorial debut LEMON (Co-Director Laura Brownson, PBS 2011).  Levison is the founder of Hazel Pictures, a co-founder of the Documentary Producers Alliance (DPA), producing faculty with the School of Visual Arts MFA program in Social Documentary Film, and as of 2019, a member of AMPAS. 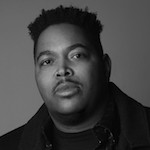 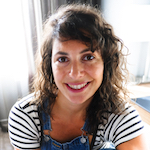 MORELLO is a documentary cinematographer focused on creating films that contribute to deepening social justice conversations. She received critical acclaim for her work in Heidi Ewing and Rachel Grady’s One of Us. Most recently she shot Made In Boise which airs on PBS in the fall of 2019. A former Peace Corps volunteer in Morocco in the field of public health, she holds a Masters in Fine Arts from the SVA in social documentary film. 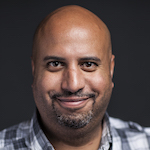 MICHAEL PREMO is a journalist and artist whose film, radio, theater, and photographic work has been exhibited and broadcast in the United States and abroad. He is executive producer of Storyline, an organization producing original documentaries and consulting on participatory documentary processes, and impact strategy. He is the recipient of a Creative Capital Award (2019), Rockwood JustFilms Fellowship (2017), A Blade of Grass Artist Files Fellowship (2012), and a NYSCA Individual Artist Award (2009). 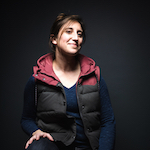 DEIA SCHLOSBERG made national news in October, 2016, when she was arrested and charged with 45 years’ worth of felonies for filming the #ShutItDown pipeline protest in North Dakota. Deia is currently directing the docuseries Bootstraps as well as The Story of Plastic. Deia produced Josh Fox’s climate change film, How to Let Go of the World and Love All the Things Climate Can’t Change, and co-produced Awake, A Dream from Standing Rock, and The Reluctant Radical (2018). 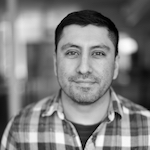 RUDY VALDEZ is an Emmy-nominated filmmaker committed to making cinematic, meaningful documentary films about social, cultural and political issues. A 2018 Critics Choice Documentary Awards Nominee for Best New Director, he got his start as a camera operator on the Peabody Award-winning, Sundance series Brick City. Rudy’s directorial debut, The Sentence premiered at the 2018 Sundance Film Festival, won the US Documentary Audience Award and was acquired by HBO.